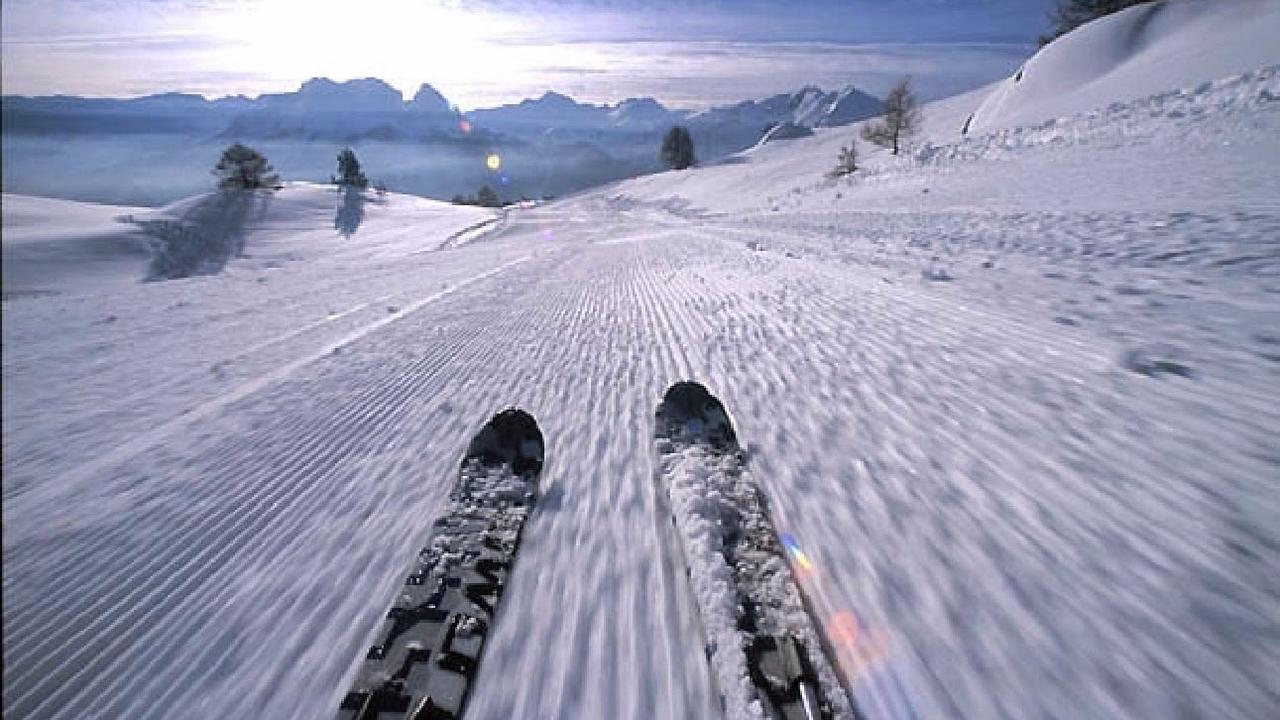 Lessons Learned on the Mountain

A few years ago a friend of mine named Mike invited me to go skiing with him. Mike was in his early twenties, worked at Deer Valley, was a great skier and knew the mountain well. I on the other hand, was a mediocre skier at best and about twenty years older than Mike. Mike had been skiing since he was a toddler, whereas I had only skied a few times over about a ten-year period. Regardless of our differences, I was looking forward to spending the day on the mountain with my young friend.

We met at the resort, booted up, put on our gloves, took the chair lift to the top of the mountain and Mike says to me, "Jane Ann, just follow me." However, rather than taking me to a beginner or intermediate slope where I was comfortable, Mike took me directly to one of the most advanced slopes on the mountain. Not only was it steep, but it was covered with trees and checkered with mounds of snow.

It took about an hour to reach the base, where it should have only taken minutes had I skied down. I was so discouraged by the time I got down the mountain, that I told Mike that I was done for the day. To be truthful, I had been discouraged with my skiing long before that day and had already considered quitting this sport. The reason? I had reached a plateau, finding myself stuck as a mediocre skier. I couldn't figure out how to get to the next level.

I am grateful to Mike because instead of letting me quit, he convinced me to follow him to the rental hut where he rented me a different set of skis and boots. The skis were shorter, lighter and more flexible than what I had been using. The boots were taller and firmer, forcing the skier to assume a proper stance, knees bent low. They were actually called high performance boots and skis.

He then talked me into going back up the mountain and led me down that exact same slope. Unbelievably this time, I skied like a pro! Instead of tumbling down the hill, I skied all the way down. Not only did I have a lot of fun, but in making it down that mountain, I got to experience the joy and sense of accomplishment you experience when you conquer your mountain.

This simple realization was "life changing" because I recognize its truth and application whether it is in sports, business or any creative endeavor. If you want to perform at a higher level, you will need to make some changes. You will need to change your paradigm, update your strategies, as well as your tools.

It would be only a few months later that I quit my job of 16 years to launch my first start up business. Two principles that came out of my ski experience that have served me well in successfully building my businesses and in pursuing my goals, dreams and visions are as follows:

If you want to perform at a higher level, if you have dreams, goals and visions to pursue, you will need to get out of your comfort zone. Go for it! Be prepared to modify your posture. You may need to eliminate some weight, including a few relationships and be sure to update your strategies and equipment.

I would not have tackled that mountain a second time if it were not for my friend and ski mentor. If you are going to shift to high performance or higher levels, find yourself a coach, instructor or mentor that can help take you there, while challenging and encouraging you to push past your current threshold.